Privacy Browser 1.10 includes proxy integration with Orbot, which is a much requested feature. When the proxy is enabled, the app bar background turns light blue. 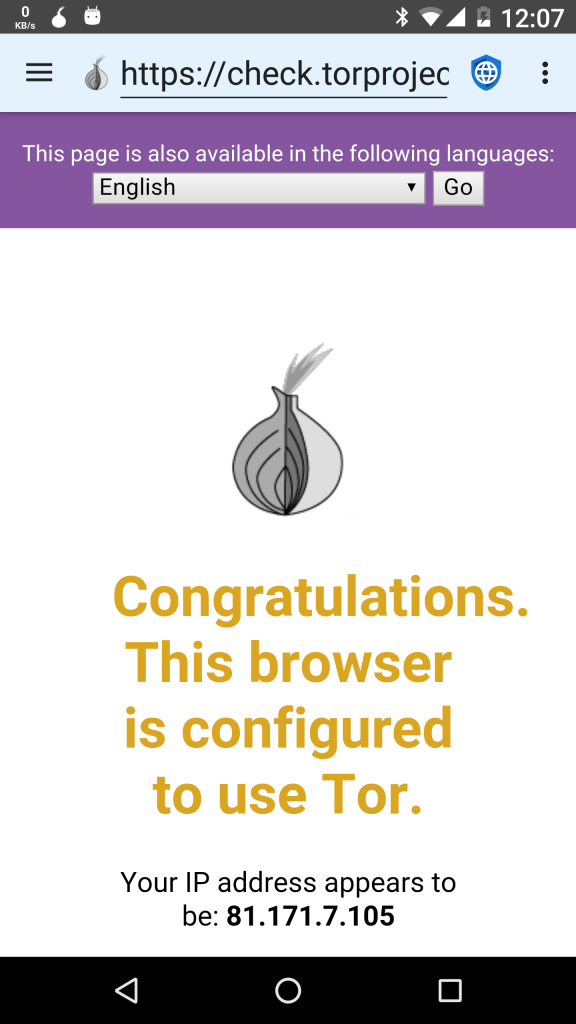 Enabling Orbot proxy support proxies all web requests through localhost port 8118. If someone has a need to proxy to a different IP address or port please let me know. That could be added if there were a use case where it was valuable.

There have been some improvements to the downloading of files. Previously, many files were downloaded as “downloadfile.bin”. Privacy Browser is now much better at guessing the file name. It also displays an alert dialog that allows the user to change the name before the download begins. 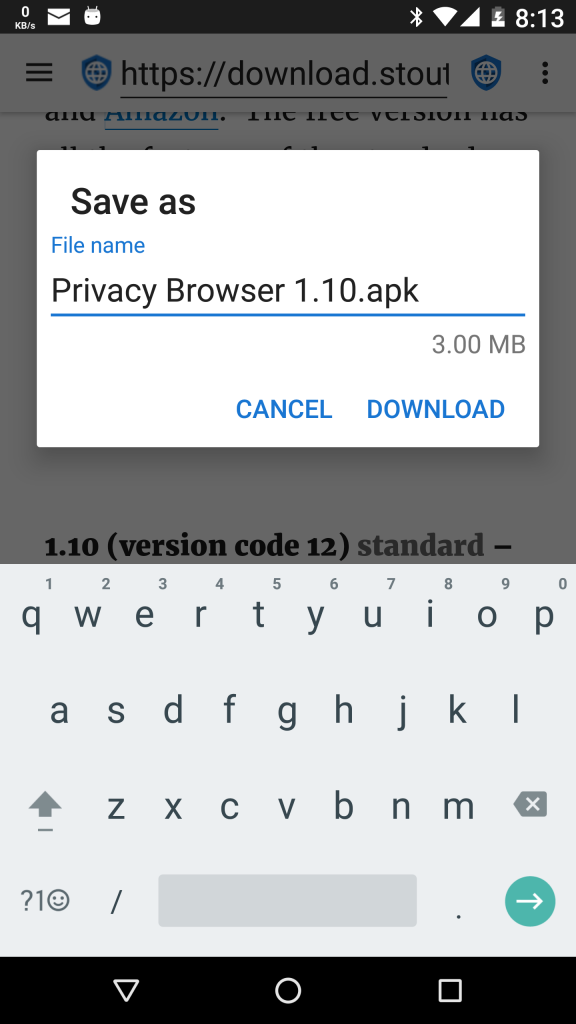 Downloaded files are now saved under /sdcard/Android/data/com.stoutner.privacybrowser.standard/files, which is accessible by other programs. In the future, downloads will default to /sdcard/Download, and the path will be user selectable, but doing so requires the WRITE_EXTERNAL_STORAGE permission, which I am not yet prepared to add.

There is now an option to display up to three additional action buttons in the app bar, space allowing. These buttons control first-party cookies, DOM storage, and form data. There is a bug in Android that causes the available space to be calculated when the app is started, but not updated on rotate. 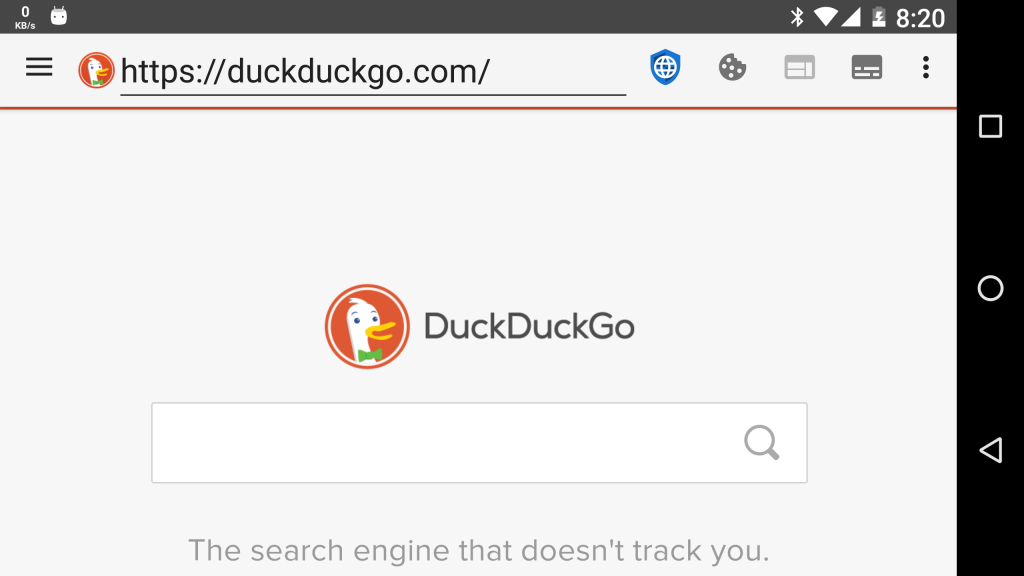 This release also contains a Do Not Track option described in detail in an earlier post, user agents for iOS and OS X, two additional search engines, and updated German translations provided by Aaron Gerlach.

The most requested feature that is not yet implemented is an integrated ad blocker. This is on the list of planned features, but it will likely be fairly time-consuming to implement. I would anticipate Privacy Browser will include an ad blocker sometime in the next six months.

The next release of Privacy Browser will likely contain a bunch of small fixes that provide polish to the browser and are easy to implement.